Spolchemie – a Partner in the Exhibition Water & Civilization

The successful touring exhibition Water & Civilization is coming to Ústí nad Labem in spite of ongoing anti-coronavirus measures.  More than a million people in Bohemia and Moravia have viewed the exhibition over the two years of its existence.  In April and May, residents of Ústí will be able to view the exhibition outside on large format panels on Lidické Náměstí.  This exhibition, for which Spolchemie – the Association for Chemical and Metallurgical Production – is a partner, is finally heading to the land of waterfalls and of the largest Czech river.

Current as well as historical photographs capture the changes in the development of the landscape at the confluence of the Elbe and the Bílina.  According to experts the water purity of the Elbe has improved significantly in recent years.  The number of fish species has also increased and the river has become more navigable to migrating fish.  Part of the region is also made up of the steep slopes of the Elbe valley where numerous waterfalls are formed.  More than a dozen waterfalls are located right in the city or in its immediate surroundings and in winter these turn into amazing icefalls.  This exhibition will not only show some of them, but also, for example, a historical picture of the popular Bertina Valley with a 3.5 meter high artificial waterfall.  The foundation of the valley was initiated by Bertha Schaffnerová, the wife of a former director in the history of our firm.  On view will also be interesting shots of the first water gate into the earth – the Střekov waterworks, dating from the 1930s.

The operations of our firm are also closely joined to water.  It is a key modern production material in our membrane electrolysis, thanks to which we are the only ones in the country to produce chlorine, among other things.  Without the chlorine we produce, and its compounds, the disinfection of drinking water, for example, or other sanitation treatments of water, whether in swimming pools or outdoor swimming areas, would not be possible.  It is in this way that we return to the water the service that it has given us.  And another product of our electrolysis that is joined to water is hydrogen.  So, without exaggeration, the fuel of the future which will soon cleanly and ecologically power the buses of the public transit system will be produced thanks to the efforts of Ústí nad Labem and our own production.

And, of course, our connection to water does not only pertain to the aforementioned symbolisms.  We have two biological sewage treatment plants and several other operational pre-treatment units directly on site.  But we try to manage water comprehensively – not only by minimalizing the amount of waste water produced, but also its consumption.  In the last decade, for example, we have replaced all flow cooling systems with closed systems, and by means of a number of other measures we have reduced losses in our distribution systems.  In the long term, we are also preparing an ecologically unique desalination project which could save on the consumption of thousands of tons of salt per year, but also increase the purity of wastewater treated in our plants, a project which will increase efficiency and consume less energy.

The exhibition Water and Civilization will be on display from the 22nd of April to the 16th of May, 2021. 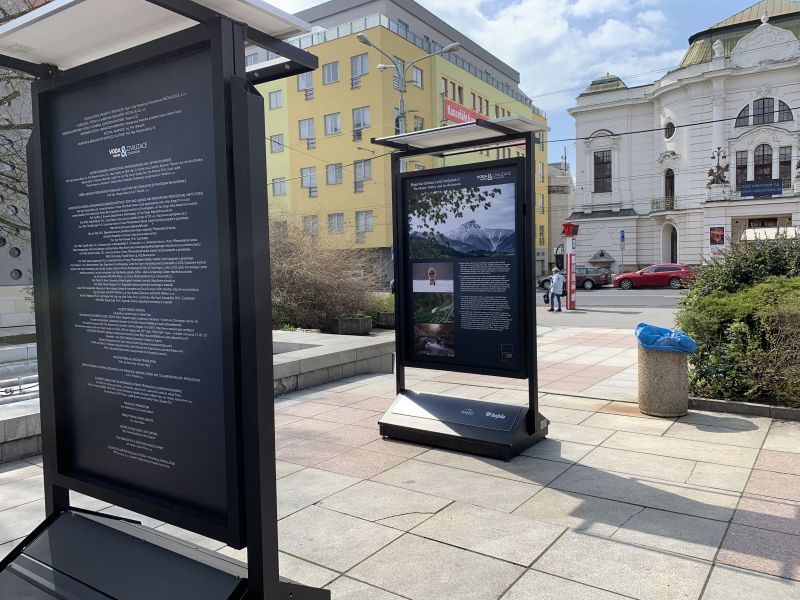