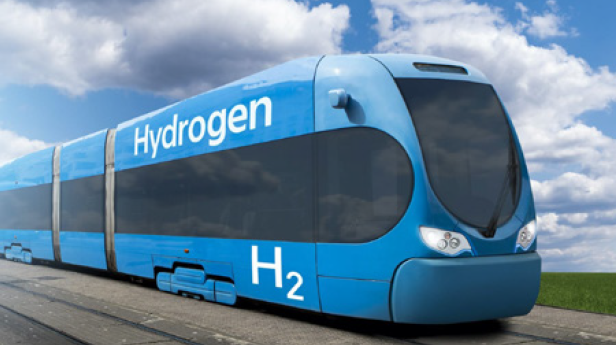 The use of hydrogen in railway transport

SPOLCHEMIE, ČEPRO and ARRIVA will launch a joint project for the use of hydrogen in railway transport.

Hydrogen is considered worldwide as the green fuel of the future for all types of transport. In the Czech Republic, it has so far been mainly used in the field of car and bus transport - but this is now changing. Three major domestic companies, SPOLCHEMIE, ČEPRO and ARRIVA, have now agreed to use it in another area - namely as an emission-free drive for passenger trains.  The project, which is unprecedented in the Czech Republic, should be implemented within the next two to three years.

"The use of hydrogen as an emission-free fuel is in line with our efforts to promote sustainable and environmentally friendly solutions as well as with the development of national and European legislation. We are pleased to be actively involved in a project that will actually reduce the impact of transport on air and climate," commented Daniel Tamchyna, Director of SPOLCHEMIE, on the signing of the Cooperation Agreement between the companies.

This is the second SPOLCHEMIE project in the field of hydrogen transport. The ongoing project with the Transport Company of the City of Ústí nad Labem aims to use hydrogen produced by the Ústí chemical plant to power a total of twenty city buses. In addition, the company will also offer hydrogen as a fuel at the filling station to interested carriers and the public. "The sufficient capacity of hydrogen production allows us to look for other meaningful uses of hydrogen - currently it is used to power trains," Tamchyna added.

The distribution of the produced hydrogen will be provided by the company ČEPRO, a.s., which plans to build and operate a hydrogen filling station on the premises of the Ústí nad Labem chemical plant in the following years. "European Union legislation is pushing its member states to reduce emissions and switch to alternative fuels. Although at least until 2030 the majority of energy in transport will still come from oil, ČEPRO, as a reliable source and guarantor of quality fuels, wants to help smooth the transition between fossil and alternative energy in the Czech Republic's transport model," says Jan Duspěva, CEO of ČEPRO.

The transport company Arriva will strive for the purchase and subsequent operation of a hydrogen train that could provide passenger transport mainly on non-electrified lines in the Ústí nad Labem region, where it would partially replace diesel locomotives. "Arriva has experience with the hydrogen train in the Netherlands. That's why we want to try to follow this path here and look for responsible and sustainable solutions in public transport."

The project itself is planned to be launched next year. The total investment costs are expected to be in the range of one hundred to two hundred million crowns.

The use of hydrogen in rail transport has been the focus of companies around the world since 2002. For example, after years of testing and development, hydrogen trains are coming to Europe. They are running on some lines in Germany, and several dozen more hydrogen trains have been ordered this year by French railways.

Below are the medallions of the companies involved in the joint project (excl. SPOLCHEMIE):

Arriva operates over two thousand buses, 38 trolleybuses, 83 trains and employs more than 3,500 people in the Czech Republic. Its main activity consists of regular bus transport, operating over 15,000 connections a day and carrying over 115 million passengers a year.