165 years ago, in 1856, a modern and large chemical factory was built on a green field near Ústí nad Labem, in what was known as the Austro-Hungarian Empire: the Austrian Association for Chemical and Metallurgical Production. Our company continues to operate in the same place to this day, its name referring to its rich history.

The association has played a key role in the shaping of the Czech chemical industry and has been of great importance in the development of the city of Ústí nad Labem itself.

The second half of the 19th century was marked by great expansion in the glass and textile industry, for which the Association produced the basic raw material - soda. Its efforts to maintain a leading position in its production and sales culminated in the signing of a cooperation with the firm Solvay. This created an international monopoly, which for a long time dominated the market for this raw material. The firm thus significantly strengthened its position and was successful in international markets. During the First World War it was considered the strongest chemical company in the whole of the Austro-Hungarian Empire.

After the establishment of independent Czechoslovakia in 1918, the adjective "Austrian" was removed from the company's name, and since 1920 the company has been called the Association for Chemical and Metallurgical Production.

The period up to the 1940s was marked by a further strengthening of the company's position. The Association was a strong capital company and in certainl periods was even the leader of the entire Czechoslovak chemical industry and a share owner in many Czech and foreign companies. Thanks to its privileged position, it co-created the structure of the Czechoslovak chemistry industry and, thanks to the effort to move chemical production inland, several important chemical companies were established (chlorine chemistry - Spolana Neratovice, organic paints - Synthesia Pardubice). At this time, the company cooperated not only with the Solvay concern, but also, for example, with the companies Ciba, Bazer, BASF, Carbo Union and others. Its success was acheived primarily by its ability to respond to technological developments and the changing of customer needs, strengthen exceptional know-how and penetrate related industries.

One of the most remarkable interwar office buildings in our territory. At the time of its creation the Expression-influenced building was the tallest building in what was then Czechoslovakia. 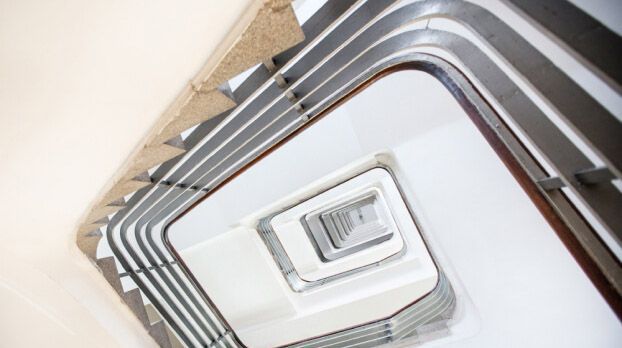 During World War II production was under the administration of I. G. Farbenindustrie and a large part of the plant was damaged during the Allied bombing and at the end of the war.

After 1945 the entire strong and powerful concern was nationalised and split into individual plants throughout the Republic. This step irreparably damaged the Association's strong and privileged position on the market. After 1989 the joint-stock company was renewed and privatised. Since then, a modern, dynamic history of our company has been written.